Growing up my father ran the New York Marathon fairly often.  It meant so much to him, that in his divorce agreement one of his big asks was to have me every Marathon Sunday.  After running casually in my teens and twenties I ran my first Marathon (poorly) in 2018, and we finally ran one together in 2019 (also poorly), but it was a big deal as it was his life dream that one day we'd run it together.  Immediately afterwards he was laying face down on the table in the Japanese restaurant on Columbus Avenue and we had to call the paramedics.  He wound up being alright but I told him that if he's to do it again, we'd both have to actually be ready to run it.

As the pandemic swooped in I found myself in a position I'd not know since I was 13 years old.. I didn't have to go to work.  On July 11, 2020 I accidentally started a run streak.  I didn't know there was even such a thing until I was about a month in.  Strava was certainly a contributing factor.  At first I was doing two miles per day, then after about a month 3, than 6, 8, and by October I ran my first half in 9 months and it was a PR 2hrs even.  By January I was running 10 miles a day minimum for the most part logging 80-100 mile weeks since.  In March my buddy Rossen started a zoom meet up "Almost Runners" with 9 other runners where we talk shop and go over our weekly progress which only added to my run addiction.  The first 8 months of my streak we're extremely solitary but with the support of "Almost Runners" I started to embrace the amazing communal benefits of running.  I also started my own local club of runners who are mostly parents of kids who were/are Rolie Polie Guacamole fans, "RPG run Club".   As I started resuming my life in Brooklyn I'd often split my runs in two in order to run with the different friends from RPG club.  That along with some Almost Runners long group runs kept the second half of my run streak year engaging and fresh.

I had already been doing quite a bit of trail running in the woods of western NJ, but after learning more about ultra running through Almost Runners about half the group signed up for a 25/50k on the Greenbelt Trail in Long Island.  Based off the miles I'd been logging I elected to run the 50k with Rossen.  I stuck with him for most of the race until I had some cramping but still managed to finish 9th which was a huge win for me being it was my first 50k.

I then decided to try and surprise the group many of whom were already signed up for Cayuga Trails in Ithaca, which was a 25/50 mile run with 4000/8000 feet of elevation.  Because I waited so long I was put on a wait list.  Two weeks before the race I found out I was in!  It rained most of the day and felt more like a tough mudder, but with a little help from some friends of the trail I finished 37th and happily put my first 50 miler in the books.  My trail buddy Emily who helped drag my ass through the last five miles of Cayuga and her running crew were based out of Philly.  Her friend Lara had told me about the loopy looper a flat loop race outside of Philly, at first I thought it sounded like torture to run a road loop in August, but after all I had been through I decided to say YES.

On July 10, 2021 I ran a 4 mile race in Central Park on the 365th day of my streak.  I ran both a 5k and 4 mile PR and finished 322/3628 which was shocking as all my previous road runners finishes were below the 60th percentile. It was double sweet as I got my name / place (3191) on the Streak Runners International list and my father ran the race as well.  The next day 7/11 on my anniversary I played a rock show of my solo music opening for my favorite band the Def. GRLS, it was also the official release show for my pandemic solo lp "13 (La Cosa Nostra)".  It had been 13 years since I had played a rock show of my solo songs.  The odds that the show would be on my streak anniversary was too weird but the best gift I could ask for.

After the dust settled I had only the looper on my plate.  I kept up with my normal training of 80 miles per week which for the summer feels like plenty.. and as race day approached I did what I believe was my best taper to date.  My only goal for the race was to hit 100km. I went out a little harder than I thought I should have but, It was relatively cool so I just went with it.  By midday I was feeling pretty good as much of the field was getting crushed by the heat.   I was one of the only runners with no chair, tent, or crew, and I think it might have been to my benefit as sitting after a loop wasn't an option.  I attribute my ability to avoid fatigue to the fact that I spent the week prior running in Saint Augustine Florida, where it was 10 degrees above normal.  Suddenly the north east in the mid 80's didn't seem that bad.  My brother came to pace me for laps 13 & 14 and helped with some water fill ups and a very important 4th shoe change, but then had to meet his friends to go to the movies, so I was back to my solo effort for lap 15.  I spent the bulk of the lap calculating if I could still make 100k if i walked loops 16 & 17.   It seemed like I could just make it!!

As I crossed the finish line of lap 15 the event organizer said "look at you in the top 5!!", I was stunned and kinda pissed, as this dashed any chance I had of walking lap 16.  So I ran it...  Then as I filled my water after lap 16 I was told by some one else "I think you're in third".  This is when I lost it.  I have only been this emotional once before in a race coming off the 59th street bridge in the marathon and this was a lot more feelings to deal with.  But I ran loop 17 as best as I could and had a surprising amount left in the tank.  My last three loops were my fastest since loop 6.  To my complete and utter shock, I finished the race 2nd 1 loop behind the three year reigning champion.  (If Lara wasn't injured I'd likely be in third as she ran 18 loops and came in second the year before)

This was the best race of my life by a very wide margin.  I have never been so thankful for the body I was given, the friends I've made and the hard work I put in to get here.  I just over one year of consistent running, I logged about 4000 miles, cut my marathon time nearly in half, and transformed my body and mind.  I can't wait to see where year two leads me. 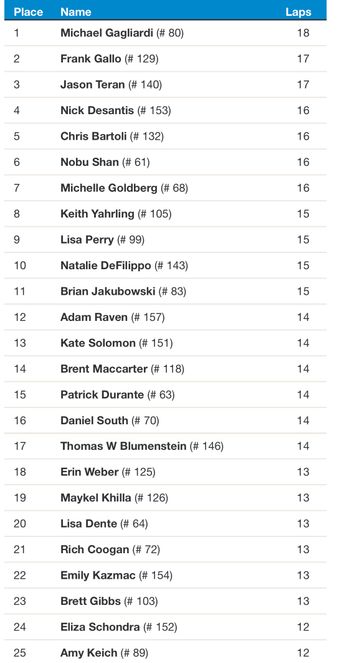 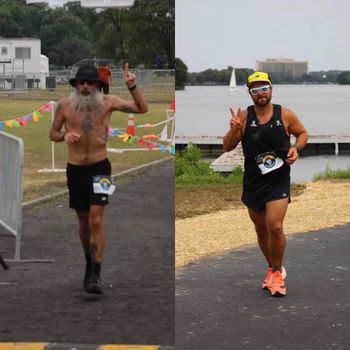 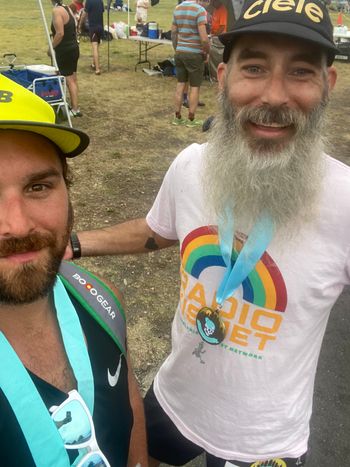 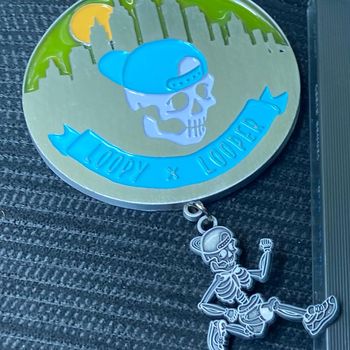 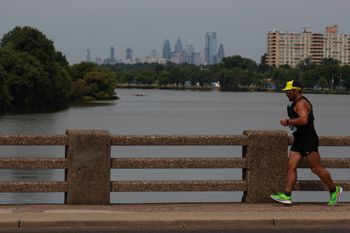 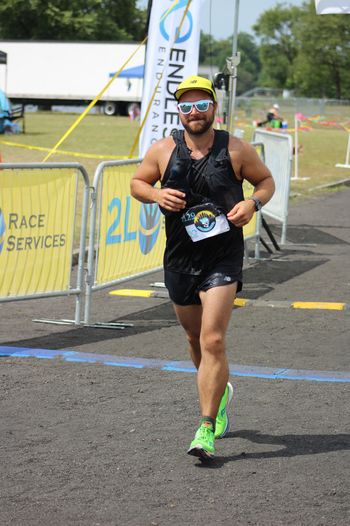 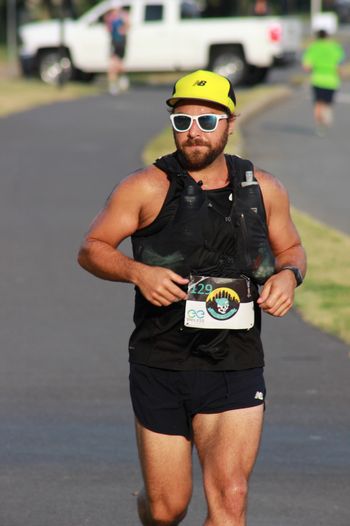 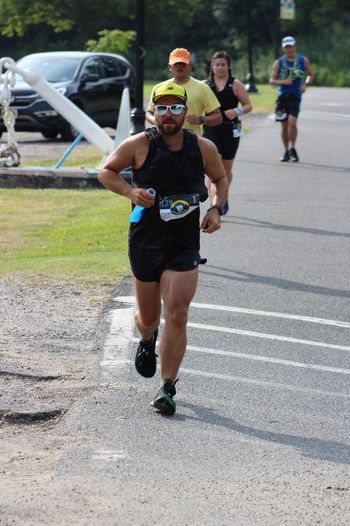 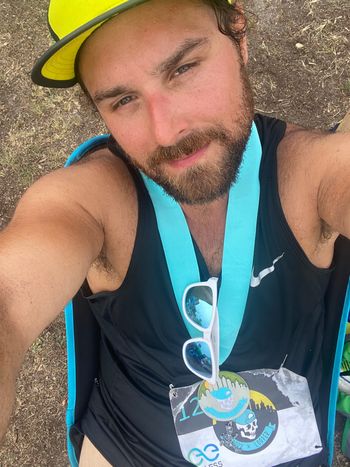 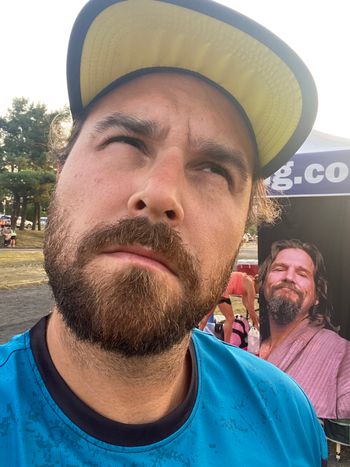 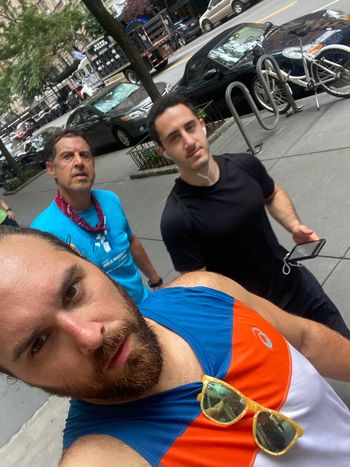 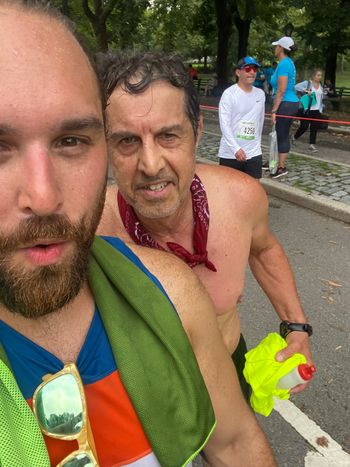 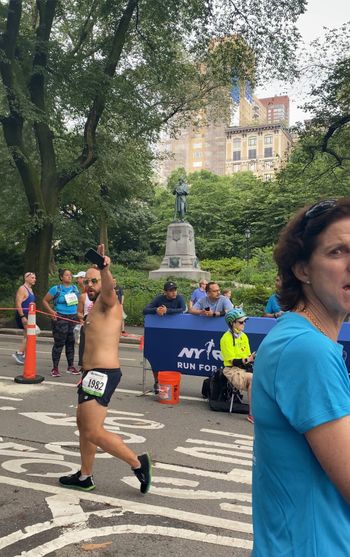 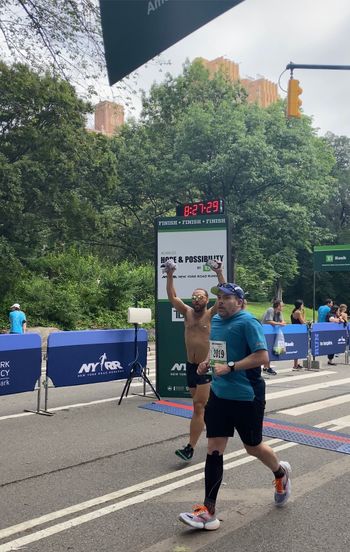 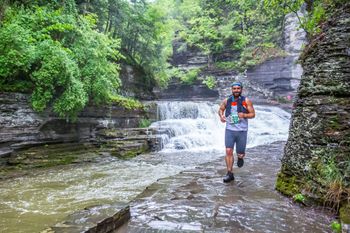 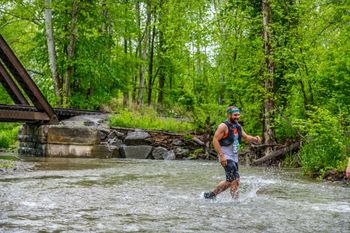 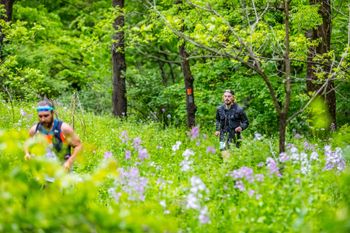 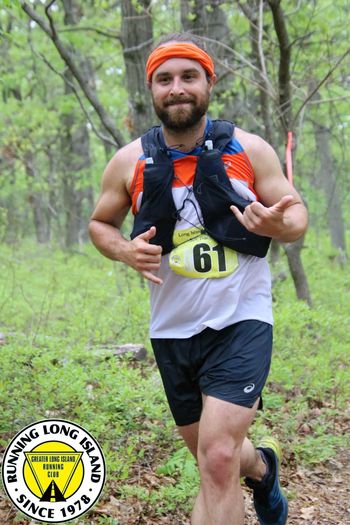 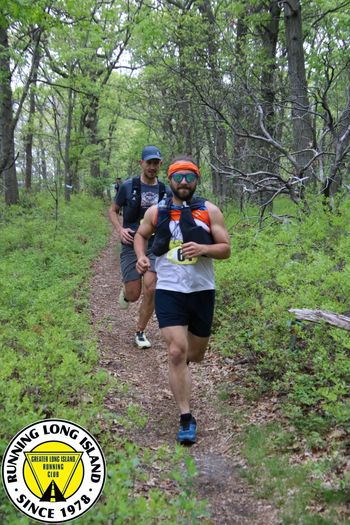